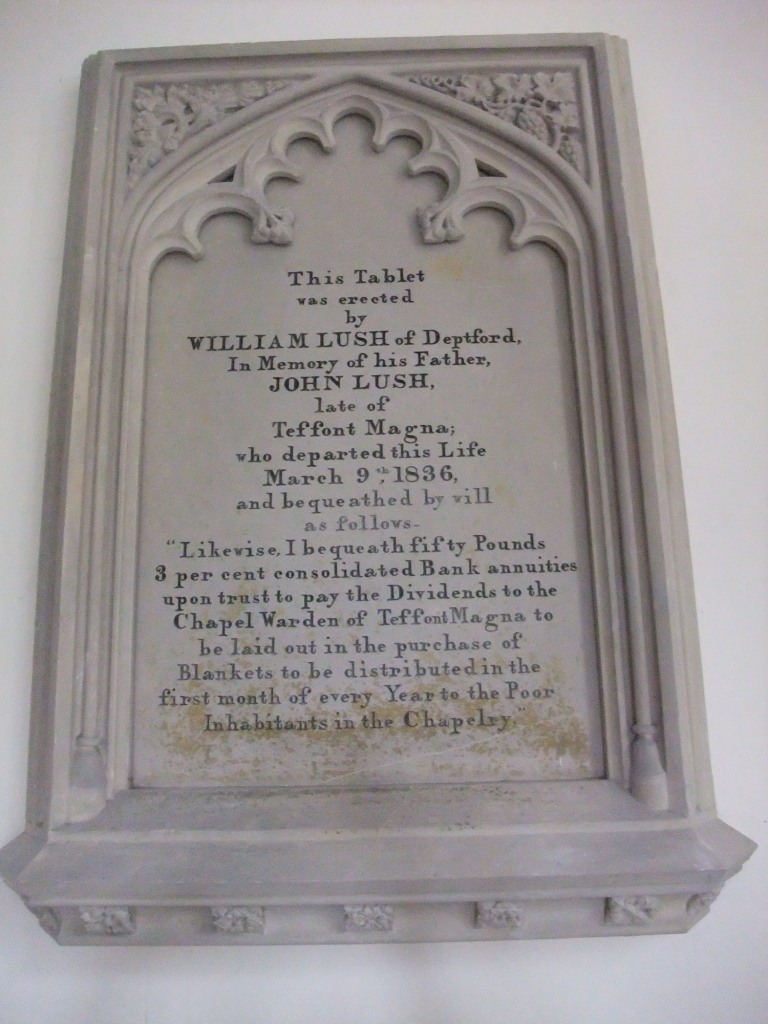 The original John Lush Charity as can be seen from the image of the tablet on the wall of Teffont Magna church dates back to 1836. The inscription reads:

'bequeathed by will as follows: "Likewise, I bequeath fifty Pounds 3 per cent consolidated Bank annuities upon trust to pay the Dividends to the Chapel Warden of Teffont Magna to be laid out in the purchase of Blankets to be distributed in the first month of every Year to the Poor Inhabitants in the Chapelry"

This charity is now a combination of three small village charities, namely the Poor's Money Trust, the Edward Harris Charity and the John Lush Charity. The three charities date back to before the advent of the welfare state and their aims were the distribution to the poor of coal, blankets etc. Some years ago the three were combined to form one charity for those in need in the Teffont villages.

The income from the Charity's investments is a little over £130 pa.

Recent grants for the alleviation of hardship, have included assistance with a Stair Lift, help after flooding and help after burglary.