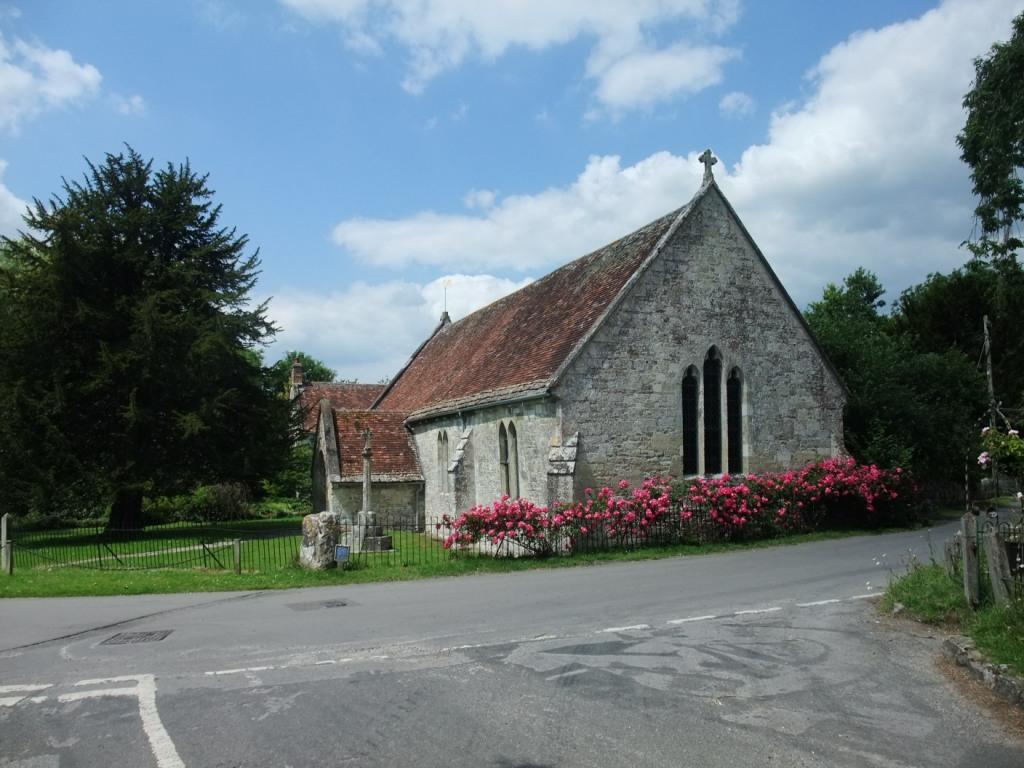 On the island created by the forks of the road (B3089) to Hindon is the old school house which is now the Village Hall. A little further on towards the Old Dinton Road stands the old Saxon church of Teffont Magna. It is presumed that there has been a place of worship in Teffont Magna since Saxon times, as the fragments of a Saxon cross set in the wall of the church testify.

At the time Salisbury Cathedral was being constructed Teffont Magna was still the property of Shaftesbury Abbey and linked to the Manor of Dinton. It seems probable therefore that the church served as a chapel of ease (a chapel built for parishioners who lived far from the parish church), the parish church being two miles distant at Dinton. Certainly, until 1965, when the land opposite the church was given as a graveyard, the dead had to be taken to Dinton for burial. 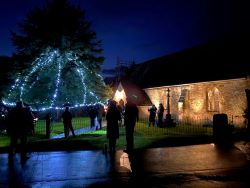 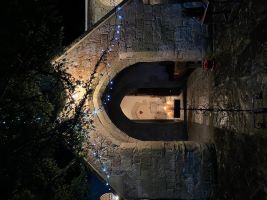 The present church, a very simple one, consists of a nave and chancel in one. It dates from the 13th century and appears to have been built rather hastily, perhaps after a previous building had been destroyed by fire. The lower layers of stone are thought to be from an earlier period; much of the worked stone (ashlar) has been re-used, and some of the stones are unusually small for such a building. It may well have been that the church was being rebuilt at the time of the construction of Salisbury cathedral and thus have suffered from shortage of funds and skilled labour.

It was perhaps due to its inferior status that Teffont Magna church was overlooked by the restorers of the 19th century, who rebuilt much of both Dinton and Teffont Evias churches. Apart from the south porch added in the 14th century, the church remains virtually unchanged.

It wasn't dedicated until 1965 when it was given the title of St Edward, King of the West Saxons. (Edward, the boy King, who reigned from the age of thirteen for just three years, was murdered at Corfe castle by his treacherous stepmother, Queen Elfrida in 978). Thus the name of a noble Saxon monarch lives on.

The porch shelters some interesting graffiti etched onto the door jambs are what appears to be medieval ships.

The interior of the church is unpretentious: a worn flagstone floor; bare walls intersected by deeply cut lancet windows; a lofty roof supported by ancient beams. Hanging from one of the beams in honourable retirement, is one of the church’s original bells. Dating from the 13th century, it is one of the few of such age remaining in England. Although cracked and broken, it continued in service until 1946. It creates an impression of simple dignity.

Set into the south wall of the nave, to the right of the door, are the segments of the Saxon cross. Immediately opposite the doorway is a massive stone font. It has been recut, but its cylindrical shape argues a Norman or possibly pre-conquest origin, supporting the suggestion that there was an earlier church on the site.

On the window sill on the south side of the chancel is a glass fronted box containing a piece of stone incised with a consecration cross, which is thought to have formed part of the medieval altar slab.

Dividing the nave from the choir is a carved oak screen, originally a rood screen, dating from early 16th century, one of the few in this part of Wessex which survived the Reformation. 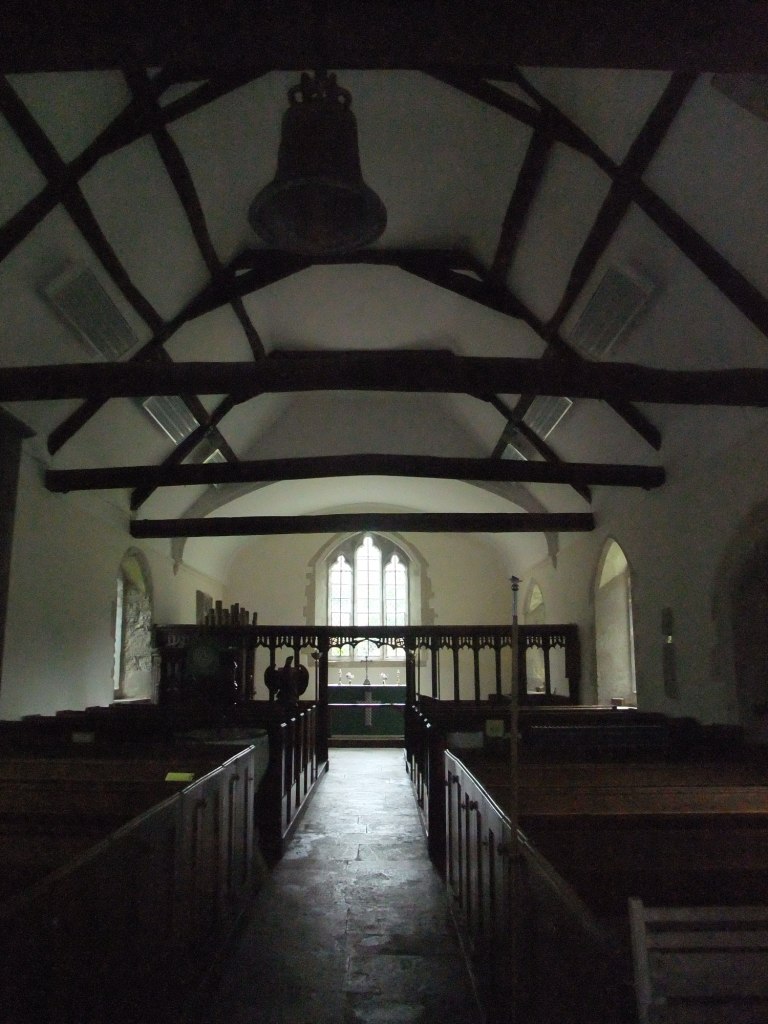